Get fresh music recommendations delivered to your inbox every Friday.

Love is a Temporary Madness 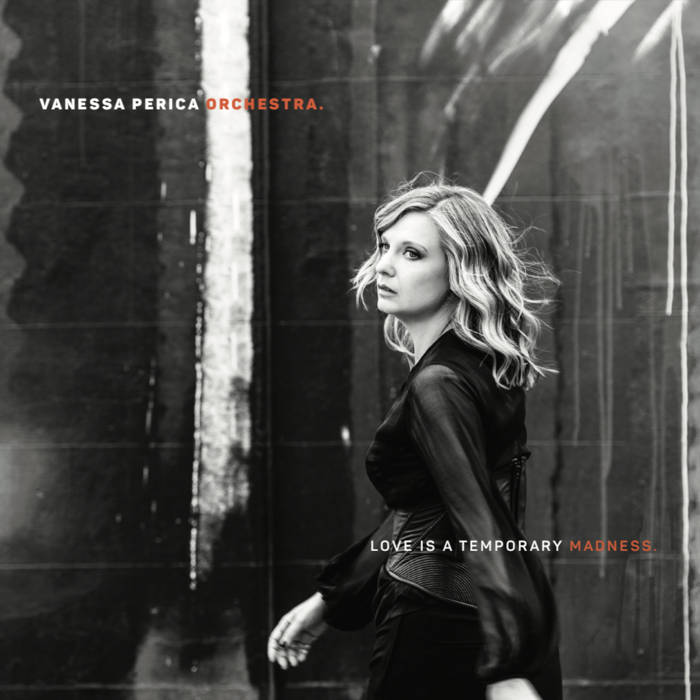 Lachlan R. Dale Wonderfully orchestrated big band jazz. Thank you to ABC Jazz for the heads up on this gem!

Sven B. Schreiber (sbs) Vanessa Perica is a new name in the big band business, and her debut album proves that we can expect a lot of pleasant surprises from her in this genre. I'm noticing with contentment that an increasing number of women pushes forward into this traditionally male-dominated realm - with quite convincing musical arguments. Favorite track: Woody's Lament.

やみつき(yamitsuki, Being addicted to something)

Featuring some of Australian's finest musicians, this is the debut album for Australian composer and arranger, Vanessa Perica.

This project has been assisted by the Australian Government through the Australia Council, its arts funding and advisory body.

"...there's "a new sheriff in town," she's packing heat, and you'd best listen carefully to what she has to say." 4.5 stars - Jack Bowers, All About Jazz

“...an incredible album"..."A mighty achievement, and a milestone in Australian music.” - Julien Wilson

“…She is a big talent — still under-the-radar, but probably not for much longer.” - Ted Gioia, author in publications such as the New York Times, Los Angeles Times, Wall Street Journal.

“Love is a Temporary Madness signals the arrival of a major new voice in the world of large ensemble jazz. Writing for her namesake orchestra—a big band stacked with some of Australia's top musicians—Vanessa Perica makes some serious waves. If jazz bias and press didn't so clearly favor North America, it's likely that this lauded debut would've drawn even more plaudits.” - Dan Bilawsky, All About Jazz

"Not for nothing is her “band” called the Vanessa Perica Orchestra. And boy do they pack a punch alongside so many attractive melodies, swooping and surging thrillingly, while always finding a way to swing. It’s a fantastic sound – and, just quietly, as capable of more intimate “small” moments as the big sound - it’s seen the album longlisted for the Australian Music Prize..." Bernard Zuel, Music Journalist

"Vanessa’s exceptional writing achieves a sensitive balance between involved ensemble composition and providing space for many of the personalities of the all-star band to shine.” - Rafael Karlen, The Music Trust

"The imaginative richness of her orchestral writing is evident in these seven medium-length compositions, characterized by arrangements with generally tight tempi and dynamics in constant development. The reference aesthetic is the incisive modern mainstream of Thad Jones and Mel Lewis, combined with the timbrally sumptuous atmospheres of Maria Schneider." 4 stars - Angelo Leonardi, All About Jazz Italia

"...instantly compelling. There is nothing easy about composing and arranging Jazz orchestral charts and few musicians embark on this tortuous path. Thankfully Perica did, and her charts are magnificent." - John Fenton, JazzLocal32.com

…a record of great beauty, beautifully written and arranged and played with skill.” - JAZZIT Magazine

Bandcamp Daily  your guide to the world of Bandcamp